A new video demonstrating the Filters of the FLex 5000A The filters are all user customizable and all according to mode. I have my 10 CW filters set from 1.2khz down to 13hz My normal CW listening is at 25hz 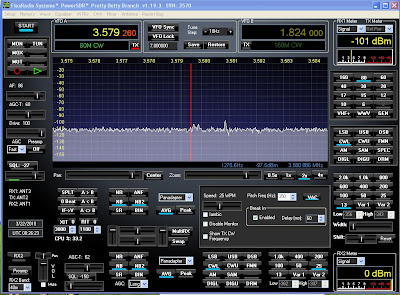 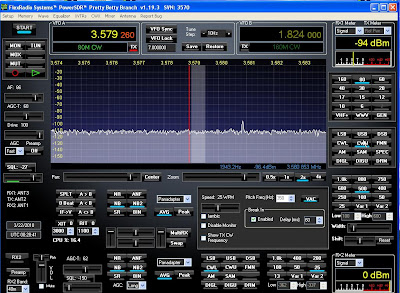 Here is a video I shot demonstrating the filters on CWL

I know this is a really mundane kind of topic, but the antenna switch on the F5K is something that gives it immense power. I also have a F3K, which has no extra I/O save one BNC port and as soon as I fire that great little radio up I miss the heck out of all those ports and all the flexibility that implies. 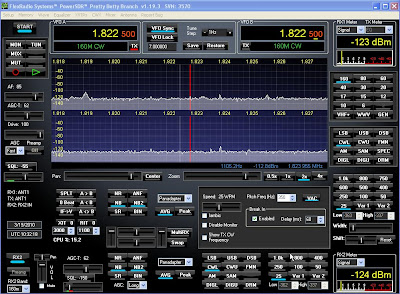 I made a contact with 3B9WR on 80M and decided to make a video of the pileup on him and how I normally have my station configured for DX. I use CW Skimmer and diversity and describe how a typical DX contact proceeds.

If you remember the old Gotham vertical adds:

FLASH JUST SWITCHED TO 40 AND GOT HIM ON THE SECOND CALL He was about an hour into his daylight. The bands are good for this late in the season 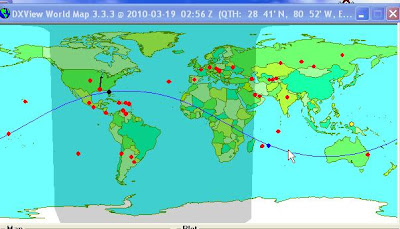 My first attempt at You Tube Best viewed full screen 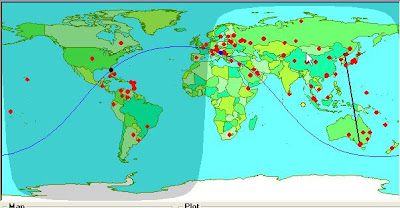 I've been playing around with a new video screen capture program. This morning I was listening to E71A on 80CW and decided to make a recording of him vs my noise, to demonstrate how well the F5K does at reducing the noise. I used to have a very low noise floor at this QTH but over the course of the last 9 months or so things have gone from good to bad. If it weren't for the capabilities of the F5K I would be sunk.

The station starts out in a 250hz bandwidth and I add noise blanking and go to 25 hz, then add the second receiver in diversity mode then go to diversity plus mode using the phase gain pad (the green bulls-eye)

There are thunder storms out in the ocean and up in NC and SC. 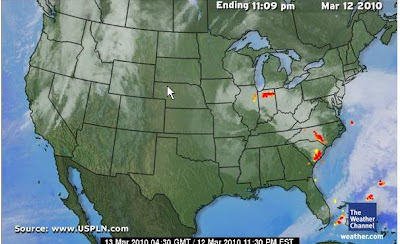 You can hear the difference for yourself. (If you are using firefox, you can increase the size of this video by holding down CLT and using the mouse wheel to increase the size and if you look closely you can see the mouse cursor flying around the screen changing different settings)

I next switched to 160M, tuned up my diversity antenna, and heard some early risers in EU. G3JMJ was booming in but went QRT before I could record him. I next heard TM7CC in France
a 4500 mile path, and made a recording of him. 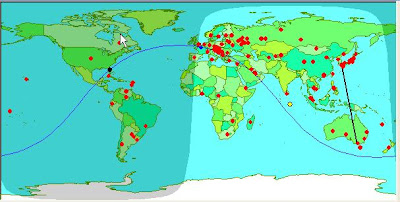 This was just after the terminator flew over his head. In this video you can see the storm static is considerable. On 160 the antennas are only 3/8 wave separated so you can see a much greater beam steering interaction between antennas when using the plus mode. He came back first call and gave me 599. Again I go through all the noise abatement features except NR. NR does help some on static noise but I find the improvement is nothing like the improvement from the noise blankers and the filters and diversity and the beam steering that the plus feature offers

TM7CC 160M CW 2 resonant verticals about 3/8 wavelength apart
I belong to the Florida Contest Group and on their reflector (private reflector) there has been a discussion regarding how some fellow wants to configure the K-3 he intends to purchase. Most of the discussion revolves around a 400hz roofing filter followed by a second 400hz IF filter. Given my noise situation, my noise floor on 160M is at best -100dBm at 400hz and it drops down to -115dBm at 25hz. Just one pair of 400hz filters adds $260 bux to the cost of the radio. Its like I now live on a different planet. I can't even imagine living with something as pedestrian as a 400hz bandwidth

The software is called Debut video capture software and I am using the free version. Thus far its the best package I have found and the audio is very good. To make the thing track audio and video I had to reduce the frame rate in Debut to 15fps and I increased the frame rate in PSDR to 30fps